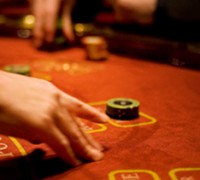 BET-AT.EU Casino has made its September bonus offers all the more exciting with several new promotions.  The online casino is letting players take part in a promo every day for the rest of the month.

The first of the September bonuses is called I Love Mondays.  Both new and regular players will have the opportunity to be rewarded a 25% return on their losses.  Participating players can claim as much as $25 cash back for any of their losses that surpass $100.

In addition to Mondays, Wednesdays are another exciting day, giving players the chance to enjoy Midweek Madness.  On Wednesday, any deposit a player makes is matched by 100% up to $200. This is an excellent way for players to boost their bankrolls without having to make additional deposits.  Furthermore, there is also the September Rolling Multiplier, a super promotion for frequent players.

The September promotions run until the end of the month. Interested players should make the most of these BET-AT.EU rewards while they last.

Top games, jackpots, promotions and tournaments at the ever-exciting Omni Casino. The most popular game this week at Omni Casino is Playtech slot Fantastic 4, which finally hit the top after hovering in the top 10 for months. This slot is tied to the four-level Marvel Mystery Progressive Jackpot. Other Playtech slots on Omni’s list are Iron... Read More >>

The Dark Knight Slot game has quickly become a popular progressive slot machine. Online gamers who are interested in learning more about this branded slot from Microgaming can discover all they need to know about it and more at a brand new website that has recently launched and is a tribute to the game. TheDarkKnightSlot.co.uk is where players... Read More >>